How to create a Zero Waste bathroom - Acquabella 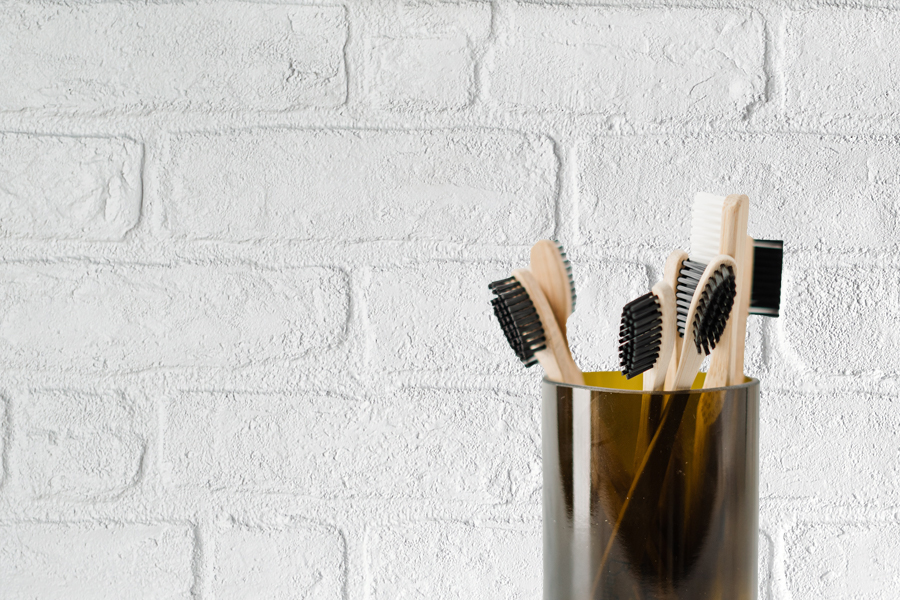 How to create a Zero Waste bathroom

If you think you should be doing something for the planet, starting by reducing the waste you throw away in the bathroom can be a good first step. What’s more, you’ll also save money. In this article, we’ll show you how to create a Zero Waste bathroom.

This is the first rule. When your toothbrush wears out (there’s no reason to throw it away prematurely), replace it with a bamboo one. They last between 3 and 5 months and are 100% biodegradable, as is the packaging they come in. The same goes for hair brushes and combs: wooden ones last a long time and don’t cause hair static.

The sponges we usually use in the shower are also made of plastic. Next time you need one, consider buying one made from natural materials such as wood, loofah or plant fibres.

Razors are another major pollutant. It’s estimated that a man can use around 52 disposable razors a year. The solution? Use traditional steel razors. They can last a lifetime and the only waste you’d generate would be the razor itself.

To create a Zero Waste bathroom, you should avoid packaging as much as possible. There are increasing amounts of specialised shops selling liquid soaps in bulk or in solid format. These soaps smell especially good and also fight dandruff, dryness, oily skin, lack of shine… you just have to find the right one for you.

Did you know that a bar of soap lasts up to six times longer than a bottle of liquid soap?

Make-up removal wipes and discs are a major enemy of sustainability. As an alternative, we suggest using microfibre towels or washable discs. They’ll remove your make-up perfectly and – with a little hot water and soap – they’ll look as good as new. Or, if you prefer, you can always put them in the washing machine.

Our final recommendation: look for shops in your neighbourhood that can offer you these products. That way, you’ll not only be helping your neighbours, but you’ll also reduce the plastics used for shipping and the pollution generated by transportation.