Acquabella reinvents itself at CERSAIE - Acquabella

Acquabella reinvents itself at CERSAIE

The latest design trends in bathroom equipment were presented at the fair, including two new collections and a new shower tray.

Acquabella travelled to Bologna to be present at Cersaie, the International Fair for ceramic tiles and bathroom equipment. At the event, which took place between 24 and 28 September, the latest novelties and trends were presented.

At the stand, the company itself and its manufacturing centre were recreated, showing each element of the factory in order to reinvent itself and show its closest side from the creative and industrial centre of Acquabella.

Participating for the tenth consecutive time in this fair, the design of a different and innovative stand was presented as a creative challenge. A totally different style was achieved compared to last year, inspired by an artistic workshop, which enhanced the most imaginative and aesthetic part of Acquabella.

Along with the Beton, Slate, Ardesia, Nude and Zero collections, the two main novelties of this edition of Cersaie were presented: our ETHNIC collections, in line with the current neo-rustic bathing trend, and INTEGRA, in which a new series of worktops in standard sizes stands out. 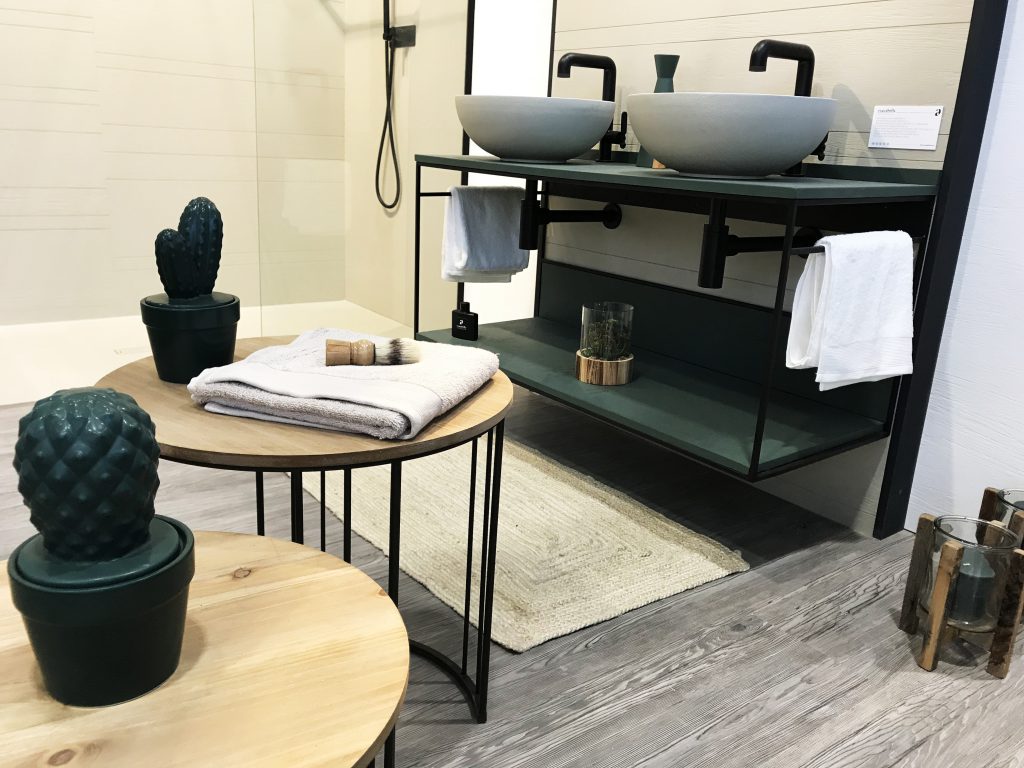 In addition, this collection presented a new type of shower tray, CORE, in which the drain is located in the central part to facilitate installation.

In order to merge all these novelties with the different facets of Acquabella, the space had four environments, both interior and exterior, which awakened the senses of its visitors.

All this, with the seal of Acquabella: its high degree of personalization. This allows the user to design their shower space using elements such as custom shower trays in different textures and colours, panels, custom worktops, washbasins…