Bathrooms through the decades | Acquabella 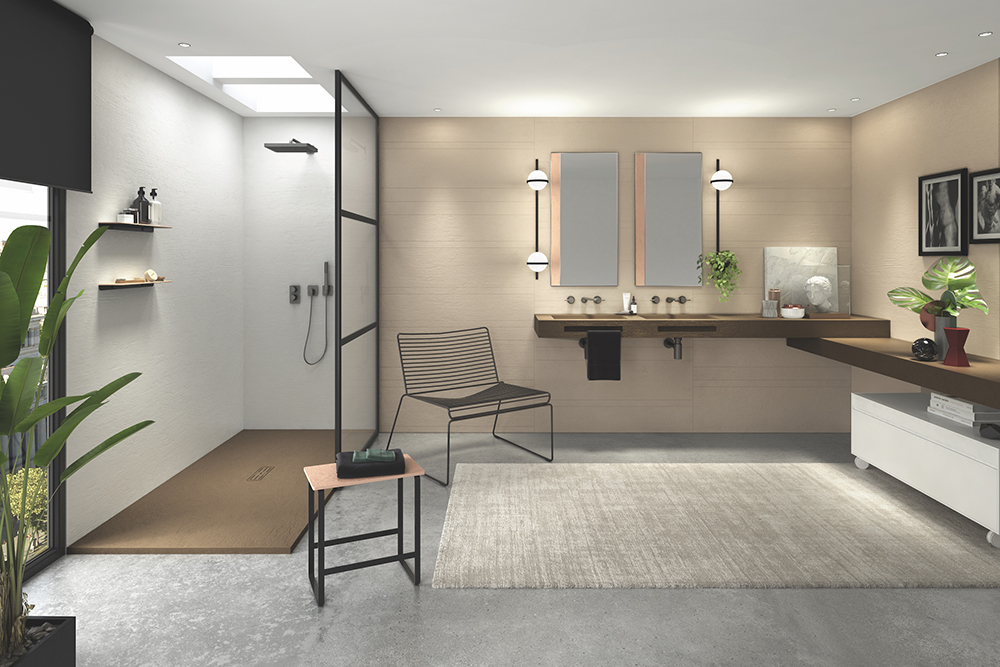 Bathrooms through the decades

The bathroom has seen more change than most other rooms over the last century. From its origins as a purely functional space to the place for relaxation it is today, the change has been remarkable. Come with us and let us show you in this Acquabella article bathroom trends over recent years.

Bathrooms in the 50s

By the middle of the 20th century, the bathroom had already seen significant change. Over the preceding decades it had gone from being either a public place or a room found only in the wealthiest homes, to becoming a dedicated room in every home.

In the 1950s, the bathroom was a purely functional place. White or pastel tones were the main colours used due to their practicality, every home had a bath and in some countries bidets were very common.

We became more materialistic, and that was seen in our homes. The bathroom began to be valued as a room in its own right and it underwent drastic change, led by design. There was a real focus on the interior design of the room, making it a place that was not only functional but pleasant to be in too.

In the 1960s and 70s, people played a lot with colour, shapes and materials, leading to truly innovative designs.

Bathroom trends in the 80s

Fashion is put aside to achieve more timeless spaces that are more usable by the family. Comfort in the bathroom is essential, which is why there is a move to more spacious bathrooms that are easier to move round in.

Light colours on the walls with decorative borders and motifs, often floral. People start to install units under the sink, large mirrors and paid more attention to light.

In the 1980s, whirlpool baths were in great demand. Proof that bathrooms were increasingly becoming a place to relax.

Bathrooms in the 90s

People start to be concerned about the environment and consumerism, so more eco-friendly taps are developed and we start to see double-flush cisterns.

Houses start to have two bathrooms: the main bathroom, a peaceful haven with everything needed to switch off and relax, normally en suite to the master bedroom, and a second bathroom with a shower tray for other members of the family and guests.

With the turn of the century, and after all the functional changes that the bathroom underwent in preceding years, we see the focus shift to other details.

Environmental issues are becoming more and more of an everyday concern, and this decade sees cisterns getting smaller, eco-friendly technology becoming more common and people preferring showers to baths.

Light is essential. Whether natural or artificial, light is a key aspect of the bathroom and the move is towards making the room brighter and uncluttered with no extraneous furniture. People experiment with different shades of the same colour and enjoying our personal care routines becomes the norm.

Shower trays are still what people most want, but baths have returned as an exclusive touch, especially in bathrooms that can accommodate both.  Natural colours and colours that evoke the trend towards re-useare increasingly used, reflecting growing awareness of sustainability. Natural light becomes even more important, people look for ways to open up a window however small in every bathroom.

Acquabella has been able to adapt to the needs of its customers over the years, and today we offer made-to-measure, customisable, quality products that will make your bathroom a masterpiece.