Acquabella wins the final round of the European Business Awards 2019 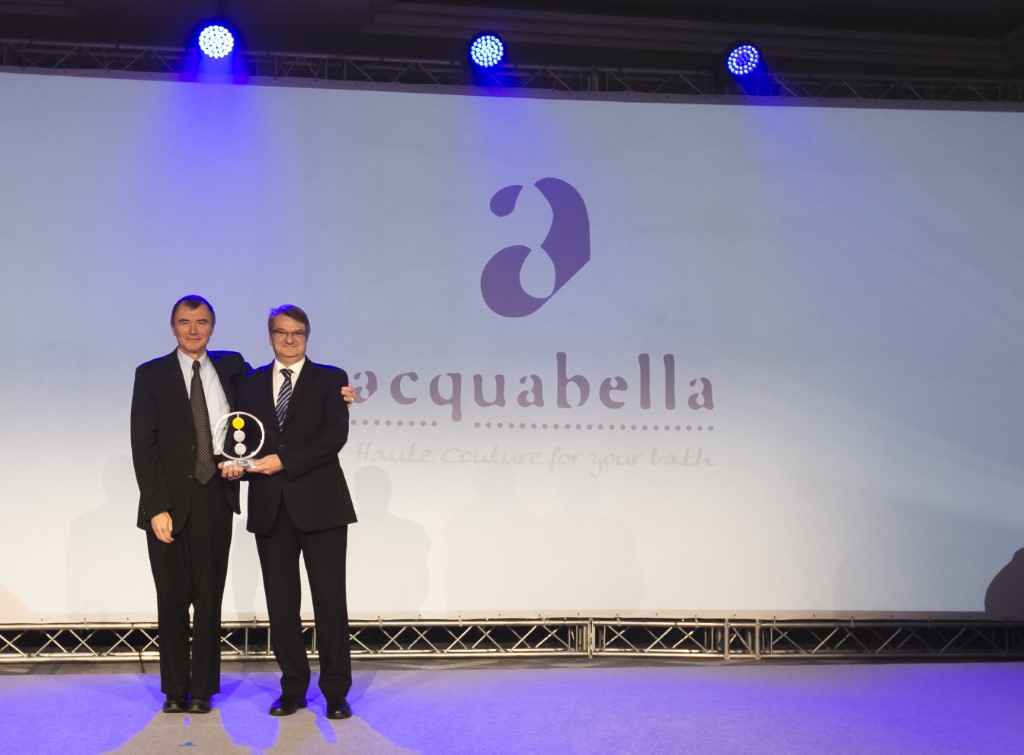 Acquabella wins the final round of the European Business Awards 2019

The leading company in the manufacture of shower trays and bathroom fittings won the European award for the Business of the Year and has thus strengthened its position in the industry.

Company of the Year

The Spanish company Acquabella has been named Business of the Year. The chairman of Construplas S.L.U., Juan José Benavent, collected the award at the Grand Final of the European Business Awards this year, at an exclusive awards ceremony held in Warsaw, Poland.

With its commitment to innovation and continual improvement, Acquabella has become the leading brand in the manufacture of shower trays and complete solutions for bathrooms. After it recovered from the economic crisis, Acquabella learned how to adapt to a continually changing market, boost its strengths and grow exponentially. Proof of this is the consolidation of its leading role within the bathroom industry. The company currently exports to more than 40 countries, has tripled its revenues over the past 6 years and has added more than 200 employees to its roster, with a particular focus on young workers.

Juan José Benavent expressed that he was “proud of the entire Acquabella team” for managing to win the Award for Business of the Year at a European level. “This award is a recognition of the business aspects that are so important to our company, such as ethics, innovation and financial strength. It drives us on to continue working on achieving new goals and constant improvement”.

Over 500 successful business leaders from across Europe came together at the two day event with politicians, ambassadors and academics present to celebrate the remarkable business achievement Acquabella in Europe’s biggest and most prestigious business competition.

Acquabella was named the winner following a final face to face judging session, and were chosen out of over 150,000 business from 33 countries who were initially considered. In the rigorous, independently judged competition, 2753 businesses were named ‘Ones to Watch’ in July, and following a further detailed review, 363 companies were announced as ‘National Winners’ in September. Acquabella was the only Spanish company in its category in the second group.

Adrian Tripp, CEO of the European Business Awards said: “Acquabella has reached the gold standard for business excellence by winning this Award. They are a powerful example of a business meeting the challenges of a hugely competitive global marketplace, achieving phenomenal success, and making a positive difference to the world we live in. They deserve their success and we wish them well.”

Jean Stephens, CEO of RSM International, a leading global network of independent audit, tax and consulting firms said: “On behalf of RSM, I would like to congratulate this year’s worthy winners. Each and every one of these dynamic businesses symbolises the innovative ethos and growth potential of Europe’s middle-market. We wish all of the finalists luck and success in their future endeavours.”

The European Business Awards’ primary purpose is to support the development of a stronger and more successful business community throughout Europe. Other sponsors and partners include Inflexion, Germany Trade & Invest and PR Newswire.