All eyes on Acquabella Resort at Cersaie 2021 - Acquabella 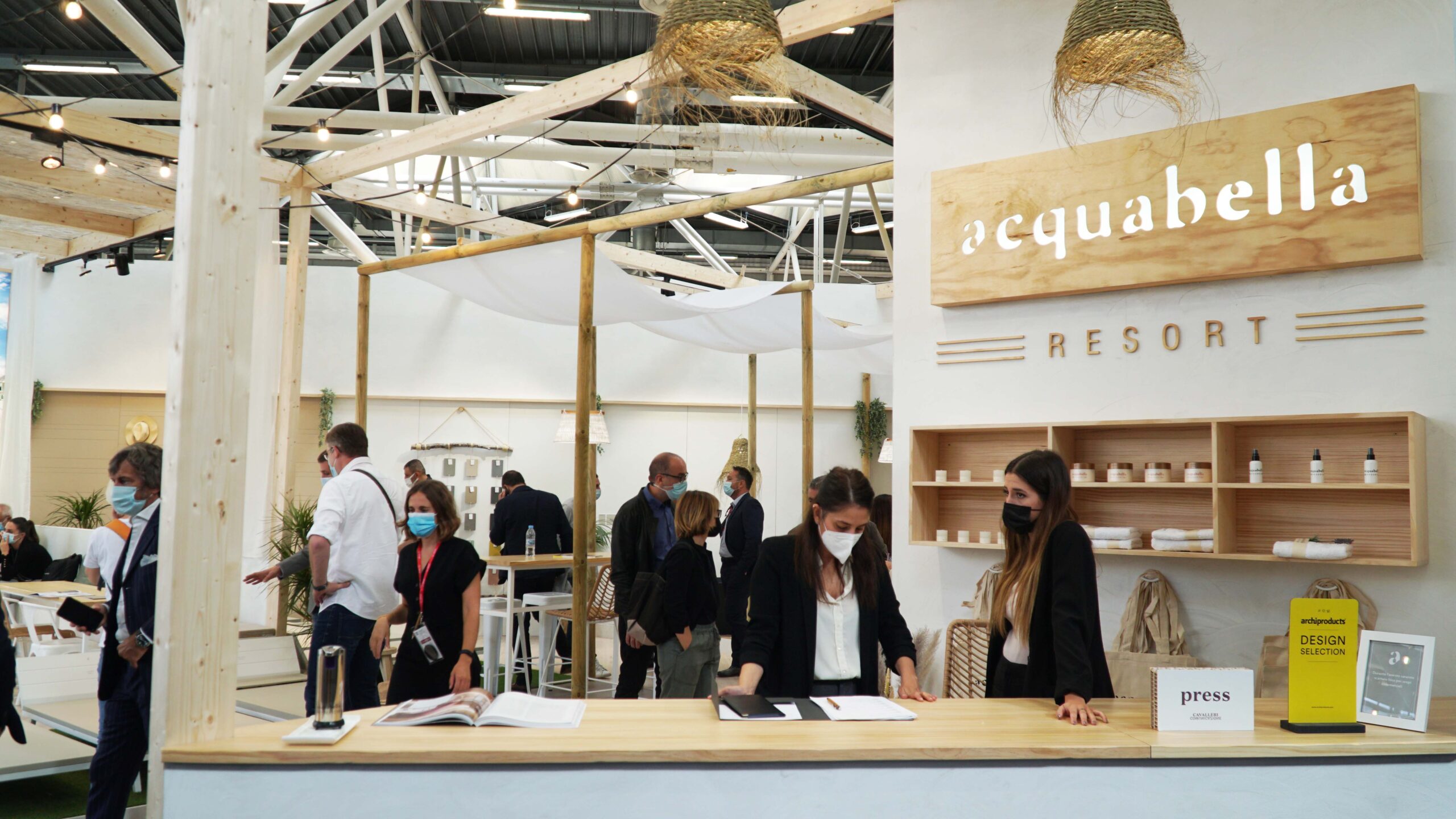 All eyes on Acquabella Resort at Cersaie 2021

Acquabella’s stand at Cersaie, with its Resort theme, was one of the most distinctive stands on offer

The Spanish bathroom fittings brand Acquabella recreated the atmosphere of a Balinese-style resort at its stand at Cersaie. This attracted a large number of visitors who were impressed with its design staff.

With a 200 m² open-plan showroom concept, the Acquabella stand at Cersaie was designed to captivate the visitor through the warmth, freshness and optimism that emanated from its design; qualities that were evident to everyone who came to the Resort.

The Spanish company says it is highly satisfied with its participation in the Bologna trade fair. In a year in which uncertainty was a factor that the exhibitors needed to take into account, for a few days, Cersaie became a meeting point for customers and partners.

Exotic, welcoming, delightful and surprising. With design being the main attraction, Acquabella Resort hosted the latest collections from the bathroom brand, while taking guests on a journey through inspiring rooms. The visitor was welcomed by a large chill-out area overlooking the pool area, with original deckchairs made from shower trays. Different environments were set up inside and outside the stand, showcasing the brand’s innovations.

Breaking the barrier of the physical, Acquabella’s stand at Cersaie included a room where visitors could discover an entire virtual world created by the company. A journey through the Acquabella Virtual Tour, this time in the form of augmented reality, with glasses and controllers that allow you to move through the different environments.

Acquabella maintains its commitment to innovation, presenting the new collections developed in the last two years at Cersaie. The Acquabella Resort stand brought together the Arabba collection, with the new high-definition, textile-look Arabba texture and the Tempo shower tray, the Flow Zero model, the Mini worktop, the Opal Quiz bathtub and the new On-top XL range of sinks.

Together with Salon Aubade in France and Das Bad Direkt in Germany, which have already taken place, Cersaie has marked the starting point in the calendar of international trade fairs that have resumed their activity in 2021. Acquabella is preparing for an intense last quarter of the year, in which it plans to attend the main exhibitions for the bathroom sector in Europe.