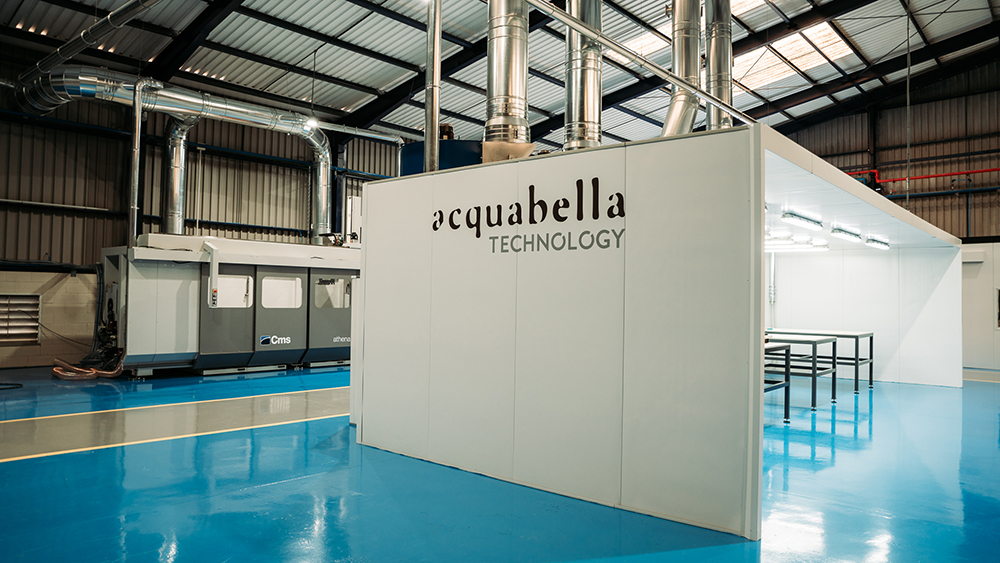 The company’s 25th anniversary celebrations coincided with the opening of a centre dedicated to research and development, marking a very special day for everyone associated with Acquabella.

Acquabella continues to grow. This was the slogan for the opening ceremony of the new R+D+i Centre, which was held on 21 May in the company’s facilities. It is growing because it has now been creating bathroom solutions for the 25 years, with the current situation far removed from the first steps of the company. However, its history has always been underlined by a common factor: innovation.

Testament to this is the opening of the Acquabella Technology R+D+i Centre. This infrastructure is presented as a cutting-edge centre comprising various laboratories equipped for the development of new designs and prototypes. The aim, therefore, is to improve the versatility and efficiency of the production process, marking a continuation of the technological transformation that began in 2016. Innovation and development will be the main protagonists in the years to come. It will constitute an economic boost for Acquabella and the province as a whole.

The ceremony, which was presented by Acquabella’s president, Juan José Benavent, was attended by representatives of several authorities. Notable guests included the mayor of Vall d’Uixó, Tania Baños, and the Director General of the Valencia Institute of Finance, Manuel Illueca. At Acquabella, commitment with its clients, suppliers, employees and partners is of paramount importance. As such, it wanted to bring them together and thank them for their full involvement throughout its history, and for helping the company to achieve the success that it currently enjoys.

The opening of the R+D+i Centre marks the closure of the second phase of an ambitious three-year business expansion plan, during which period 6 million euros have been invested. The next phase consists of a warehouse and loading area expansion, with this project culminating in the construction of a modern automatic shower plate manufacturing plant.

“We are about to embark on a new era at Acquabella.  Innovation is the cornerstone of our philosophy. As such, the application of Industry 4.0 is a further step in our journey towards smart manufacturing and the quest for excellence in our products and customer service” said Benavent regarding the company’s digitalisation process.

Through its firm commitment to innovation and continuous improvement, Acquabella has became a reference point in the Castellón town of Vall d’Uixó. Following its vast export experience in which it has held a presence in over 40 countries, Acquabella has tripled its turnover in the last 6 years, now employing over 200 employees. This has helped to position the company as the leading manufacturer of comprehensive bathroom solutions.